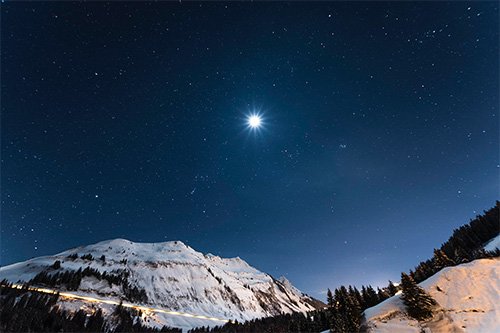 What Was the Christmas Star?

Some believers, adults, and children alike, search the late December night skies for a super bright star. On a clear night, you may see one, just as you may swear you see a sleigh and eight reindeer in the skies!

The star described in the Gospel of Matthew might not be what we know to be a star. It was not necessarily an enormous mass of hydrogen and helium gas powered by nuclear fusion. The star mentioned in the Christmas narrative could have been any luminous point of light in the night sky. This bundle of light could include our modern definition of a star, but it would also include planets, supernovae, comets, or anything that resembles a bright point of light.
A supernova or exploding star best fits the Hallmark card conception of the star. When a star in our galaxy explodes, it shines very brightly for several months. They are beautiful events, quite rare and outshine other stars, a fitting event to announce the birth of the Christ child. So, then, why did some folks notice and some not?

As part of the service, we will consider explanations for the Star of Bethlehem. It is possible that efforts to scientifically explain the star will lead us into the joy and mystery of God exploding into the world. Of course … We will sing Christmas Carols, accompanied by one of our favorite S.T.A.R. musicians – Al Jeter and along the way, we might even meet some of the folks who followed the Star to Bethlehem!